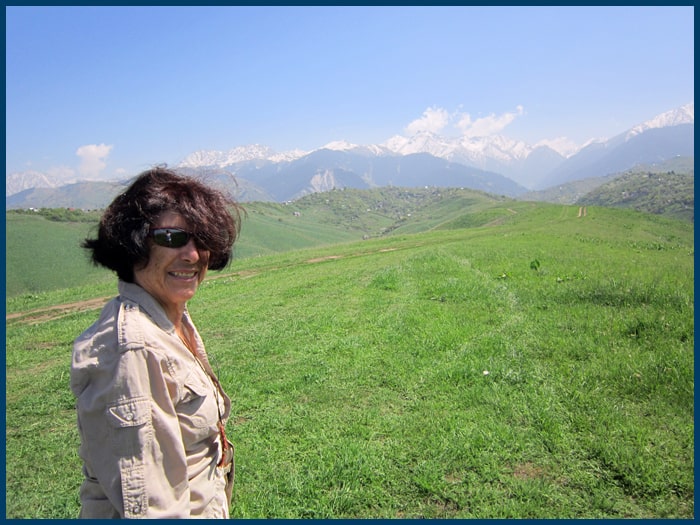 Name of the tour: Southern Riches of Kazakhstan

Length of the tour: 7 days

Day 1: Almaty
Today you will arrive to the airport in Almaty. After that you will drive to the city and have wonderful city tour.  During the Kazakhstan tour, you will be able to explore the southern capital, enjoy the history and explore the history of the whole country. You will be able to find all the sights in the central part of the city of Almaty and enjoy their views. You also have the chance to explore all the most important places in the country. You will be able to walk around and explore what historical significance they have on the city. This day you will start with exploring Park of 28 Panfilov and there you will find the fascinating Memorial of Glory, Holy ascension Cathedral. This historical monument is considered one of the main attractions of the city, as it was built without a single nail by a unique method. The tour route will take you today to the Republic Square and the independence monument. The city of Almaty was founded in 1854 on the site of a pre-existing site of Mongolian and Turkic nomads, who were named Almaty. You will have a chance to discover the Opera and Ballet Theater and The Palace of the Republic that plays the important role today for the culture. You continue the tour with visiting another part of the city. The second part of the tour is dedicated to exploring the fascinating Medeo gorge where is situated high-altitude skating rink and Kok-Tobe mountain.  You will have a chance to try the skills and skate. On Kok-Tpbe prk you wil ldiscover the views of the highest TV tower and the Beatles monument. You will end the tour with exploring the Almaty cable car. This night you will rest in train Almaty - Taraz.  Train #379T 20:16 – 08:11(This is subject to change.)

Day 2: Almaty – Taraz – Sairam – Shymkent
Today you will visit the real masterpieces of architecture mausoleums of Karakhan and Dautbek (10 – 13th CC.), the mausoleum of Tekturmas (15th century) baths Kali Yunus, mausoleums Aisha – Bibi and Babaji Khatun (10 – 12V.). During the tour you will also explore museum of local history, which is more than 2000 m. While walking you will have a chance to discover the history of the city, explore the most prominent objects and explore archaeological finds. During the tours, guests of Kyrgyzstan will be able to enjoy the works of artists, explore beautiful paintings and see the works of sculpturovo and masters of butt art. You will be able to feel the color of Kazakhstan during the tour and enjoy the views, understand that they are saturated with love. After that, we will go to Shymkent. Next, you will go to Sairam, which has a close influence with the Great Silk Road. During the tour, guests have a chance to explore the beauty of Sairam. In the past, the city played an important role, and had an important role in the culture and economy. The overnight is in the hotel.

Day 3: Shymkent – Otrar Settlement – Turkestan – Shymkent
Today you will transfer to Otrar Settlement. At the beginning of the XIII century, Otrar was one of the largest cities in Central Asia. It housed a garrison of many thousands, defending the northern borders of the Khorezmshakh Empire. Otrar is one of the oldest cities in Central Asia. It was first mentioned as the birthplace of the popular philosopher and mathematician Abu-Nasr Al-Farabi in the 9th century. In the past, one of the ancient cities in Central Asia, which was a kind of center of trade, crafts, and art, and in addition had an important diplomatic and military-strategic importance.  Arystanbab mausoleum is a beautiful burial complex-mazar-is built over the grave of the medieval preacher Arystan Baba. It is a popular place of pilgrimage. To honor the memory of the Muslim saint, many believers from different parts of Central Asia come here. Since 1982, the Arystan-Baba mausoleum has been under state protection. According to legends, Arystan-Bab died and was buried in the vicinity of Otrar in the XII century. You will rest the night in Shymkent.

Day 4: Shymkent – Aksu-Zhabagly Reserve – Shymkent
Today you will have a wonderful tour and explore the fascinating Aksu-Zhabagly Reserve. The amazing landscape of these places is complemented by picturesque gorges (Zhabagly and Kaskabulak) with ancient rock paintings, as well as the Aksu Canyon. The surrounding areas in the areas adjacent to the protected area also deserve attention. The most important inhabitants of the Aksu-Jabagli Nature Reserve are birds. Of the 267 species of birds, 130 nest in the protected area, and 11 are listed in the Red Book. Of the 11 species of reptiles that live on the territory of the reserve, the legless yellow-bellied lizard is also listed in the Red Book. Live here ulars, partridges, nightingales, paradise flycatchers, bluebirds, etc. The flora of the reserve is rich in 1,737 species of vegetation, including 235 species of fungi, 63 species of mosses and algae, about 64 species of lichens and 1,312 higher plants. You will finish the tour with transferring to Shymkent. The overnight.

Day 5: Shymkent
Today you will explore Shymkent that is one of the largest cities in the Republic of Kazakhstan. It is the regional center of the South Kazakhstan region, as well as the most important industrial and economic center of the country. The etymology of the name has several variants, but they all come down to meanings such as "green city".In the era of prosperity of the Great Silk Road, Shymkent stood at the crossroads of its caravan roads. This advantageous position, on the one hand, gave the city excellent opportunities for development, on the other — made it a tempting target for numerous conquerors. According to legends, Arystan-Bab was a companion of the Prophet Muhammad. He undertook to pass the persimmon from the Prophet Khoja Ahmed Yassawi. To do this, he had to live as long as 400 years. Arystan-Bab became the mentor of Khoja Ahmed Yassawi, who, in turn, became a spiritual teacher of Muslims, highly revered in the countries of Central Asia. The construction of the Arystan-Baba mausoleum dates back to the XII century. The monument was repeatedly restored. Next to the Muslim shrine is a well with healing water. Overnight is in a hotel.

Day 6: Shymkent – Almaty – Issyk – Almaty
Today you will have a flight from Shymkent to Almaty. Upon arrival you will have a chance to transfer to Issyk Lake. You will direct to the fabulous gorge of Trans-Ili Alatau that lies along the Kuldja tract - Issyk Gorge. Before here was passed a lot of Caravans of the Great Silk Road. In course of the tour you will have chance to explore the facts and information about this region and discover the burial mounds of Sakas period, where the famous "Golden Man" was found. During the tour you will see that "Golden Man» is the state symbol of the Republic of Kazakhstan. Along the way don’t miss a chance to explore the State Historical and Cultural Museum-Reserve "ISSYK", here you will be able to witness the history and culture of the Sakas period, including a copy of Golden Man and golden items, ancient ceramics, weapon, elements of horse equipment, as well as the model of Sakas burial mound. You will proceed the tour wirh exploring the interesting views of the fabulous lake. Lake Issyk that located on the altitude of 1756 meters above sea level.  You will be able to explore that the lake appeared about 10,000 years ago, when there was a landslide. And a dam with a height of about 300 meters was formed. Guests of the country on tours will be amazed by the incredible beauty of the lake, explore the landscapes and views. During the tours, you will have the chance to explore information about the disaster that occurred here in 1963. You will rest the night in the hotel.

Day 7: Flight
There will be a breakfast in the morning and check out from the hotel. Then we will transfer you to the hotel.

Train Almaty – Taraz (4 berths per compartment) – from 40 $ per person

Flight Shymkent - Almaty – from 75 $ per person