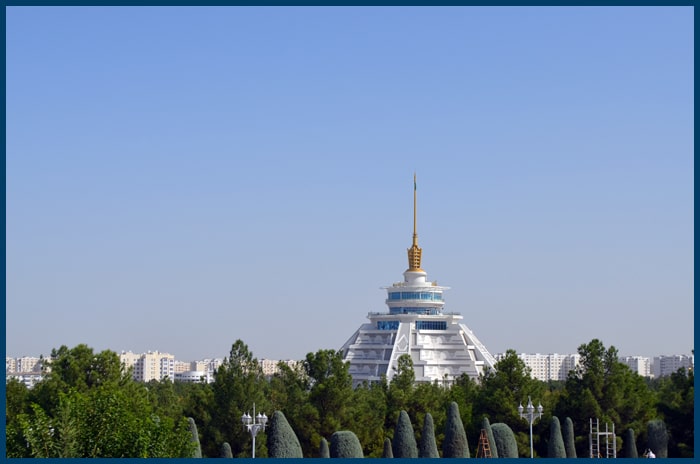 Name of the tour: Turkmenistan’s outskirts

Day 1: Ashgabat
Today you will get acquainted with the local guide at the Ashgabat International Airport. This day you will have a chance to have highlight tour and explore the amazing highlights in the capital. You will be impressed by the fabulous and fantastic sites today. In course of the tour you will observe new parks, alleys, grand mosque and other fabulous buildings.  After that you you will transfer to “Old Nisa”is  a separate royal fortress on a hill, named Mithridatkert ("fortress of Mithridates"), founded by Mithridates I or Mithridates II in the II century BC. Until the I century AD, it served as a burial place for the Parthian kings. In 2007, it became part of the UNESCO World Heritage Site. You will continue the tour with exploring the next destination “Gypjak” Mosque and Mausoleum of the late President of Turkmenistan.

Day 2: Ashgabat – Mary/Merv
In the morning you will check out the hotel. After the breakfast you will transfer to Mary city. During the tour you will stop at Annau where you will have a chance to explore ruins of Seyit Jamal-ad-Din Mosque. You will see that the mosque dates to 15th century. The city of Abiverd is an ancient city of the Sassanid era, located on the territory of modern Turkmenistan. It is located at the foot of three mountains on the edge of the Kara-Kum desert. It was located in the northern part of the medieval region called "Great Khorasan". You will see in the tour Mary city. Mary is the third largest city in Turkmenistan, which, in fact, also does not have any extraordinary history. But what sets it apart from all the others is one very famous and important landmark – the Merv hillfort. It is one of the oldest centers of civilization in Central Asia. The history of the development of one of the most important cultural, political and trade centers on the Great Silk Road. Here you will have a chance to explore the amazing majestic Mausoleums of the Sultan Sanjar and Muhammad Ibn Zayd, enjoy Seljuk brickwork and architectural decor.

Day 3: Mary – Ashgabat
After the breakfast you will start the tour with visiting interesting ethnography section that stores large collection of Turkmen jewelry, carpets, and stuffed animals, fully decorated yurt and pottery from the time of the Mongol occupation. Along the way you will explore the archaeological section of this museum is very interesting and fascinating. It stores pottery, weapons, household implements and jewelry were excavated at Merv and Margush. You will continue the tour with transferring to Ashgabat city. Today you will also explore Russian Bazaar, Ertogrul mosque. You can order folklore show if you want in the dinner.

Day 4: Flight
In the morning is transfer to airport.